The art of converting old factories into a home

The industrial revolution changed dramatically the structure of the cities in Europe, and as the cities became more important, factories and more factories started to develop in the areas that at that time seemed far way from the center. Barcelona, as the big modernist and cosmopolitan city it is, wasn’t the exception of the rule, and in the XIX century the Catalan Poblenou district represented a big industrial area that produced for Spain and Europe.

New forms of communication and the incorporation of electricity changed the times of production and demand of products. The small vapor powered machines became electric and technological, leading with time into massive production. This fact left the Poblenou small factories useless compared to the new big production spaces needed to manufacture in mass and high speed. In the middle of the XX century the well know and successful industrial district of Barcelona became an area of ancient and empty buildings.

In the year 2000 the future of Poblenou change for good with the design of a new urban design that wanted to make of the district a zone of production again. The creation of the [email protected] opened a new way of economical grow, as its interest wasn’t to manufacture objects, as before, but the intelectual, technological and artistic production.

In order to respect the history of the area, the urban design project was to re-use the old factories and spaces of Poblenou. Design offices, universities, museums, technology companies, architecture firms and artists had establish their headquarters in this old buildings and factories, allowing amazing and tasteful renewals projects to develop in Poblenou.

The loft style appears around the 50´s in TriBeCa and Brooklyn, where students and artist of New York City rented old abandoned factories and offices for their cheap prices; turning them into their homes and studios without the economical possibility of a big renewal to condition the space as a house. Poblenou for it history sees in this style of renewal the perfect aesthetic to give a new life to a zone that was considered abandoned.

Open spaces, high ceilings and big wide windows are the signature style of the factories of this area, build by steel, iron and bricks. Their renewal, following the industrial style aesthetics, means to respect and emphasize the original materials into the creation of clean, minimal and bright spaces. Nude walls, in which the construction structure is visible and ceilings with beans, are ones of the few options to show the story lived inside of their walls. 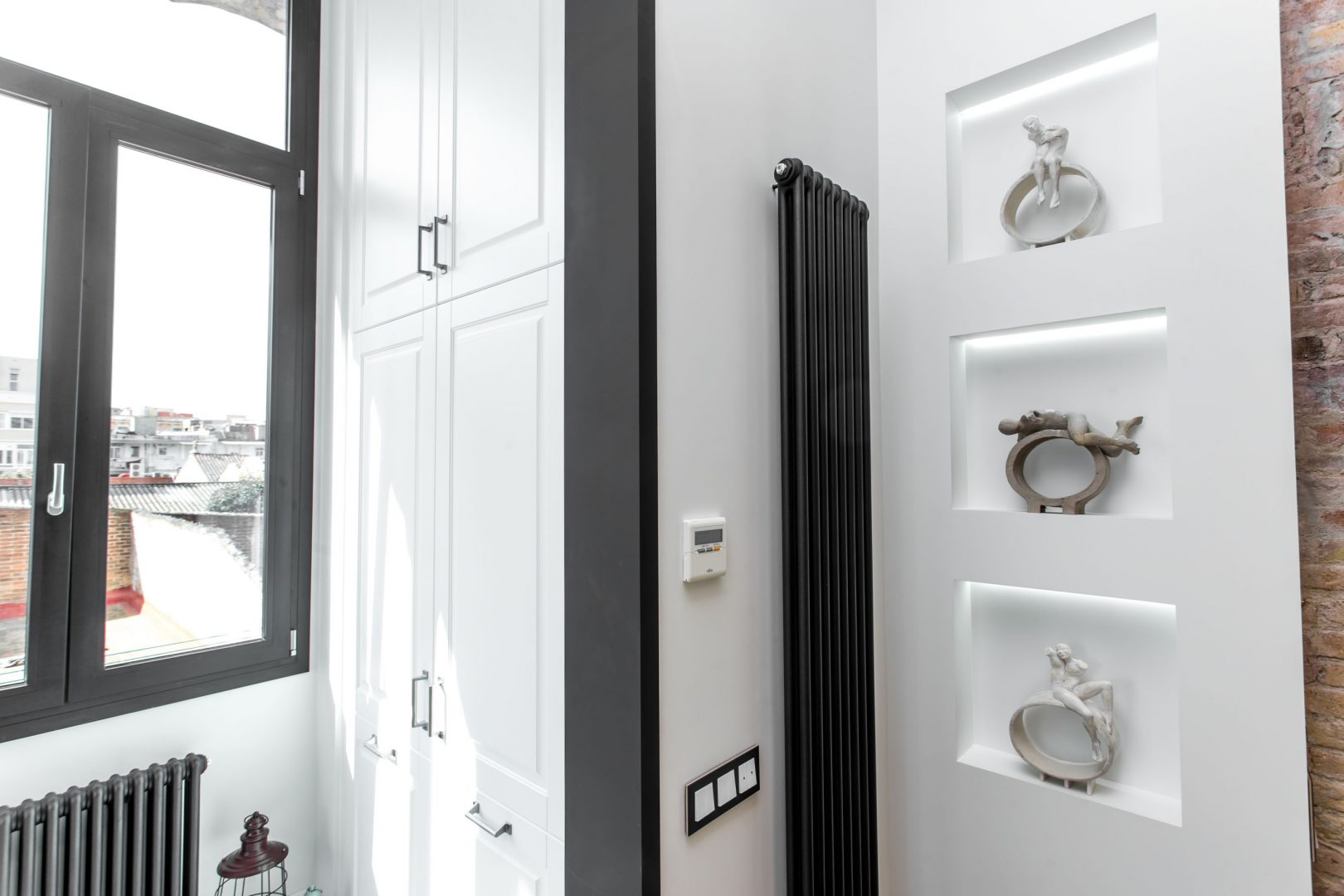 The industrial style is indeed the renewal aesthetic that works the best for the characteristics and history of Poblenou, however this tasteful and unique New York style can be used in other areas of the city. In terms of interior design, the industrial style means to imitate the looks of the New York lofts, respecting the original structure of the apartment and treating the space as a unity, avoiding the constant division in rooms.

As part of the minimalistic aesthetics, the industrial style values the material and quality over the excess of decor. Typical from the 50´s and 60´s, this decoration style takes in consideration only what is necessary to give the loft vibe: visible electric structures and clean line furniture made basically out of steel, iron and wood.

You don’t need to actually live in an old factory to enjoy this atemporal and elegant style, with the renewal of your home you can transform your multiple small room flat into a loft inspired space with open spaces and bright windows. Follow us on social media and don’t hesitate to contact us if you want to give a new life to your spaces.

We use cookies to ensure that we give you the best experience on our website. If you continue to use this site we will assume that you are happy with it.OkNoPrivacy policy